According to this page,

Is there a faster way to hatch eggs? (StackExchange),

Egg hatching has an unconfirmed speed limit to prevent people shaking their phones in cars, but I find that biking is much more efficient than walking when it comes to hatching eggs.

There is no way to hatch eggs faster. The only thing you can do is use more than one incubator at one time to hatch multiple eggs at the same time.

The faster you go, obviously the more ground you cover in a shorter amount of time.

The speed limit is around 15MPH (24km/h), so going any faster than that will not count toward your progress.

we have to go out and walk or bike. Is it true?

Here’s the answer from Japan. 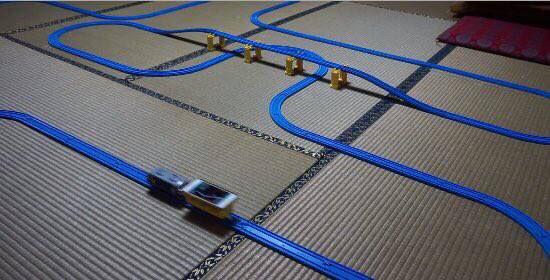 Use a toy train!

It carries your smart phone during sleeping or doing other things.

Plarail of TAKARA TOMY is the most famous plastic railroad in Japan.

Actually, a lot of Japanese used this tips for Ingress.

Some analyst stated the stock price of TAKARA TOMY will rise after releasing pockemon go in Japan.